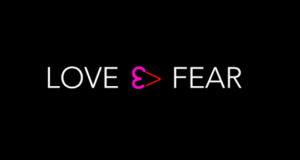 I often hear the term, “”… usually in the context of conversations about “things just didn’t work out”. These “things”, usually attributed to the other person, seemingly have led to the demise of their most recent relationships.

Yes, it’s true that many people in relationship are afraid to commit in the beginnings of just getting to know someone. It is often said that one has to “play the game” of dating. You know, when the guy doesn’t call for 24-48 hours so they don’t look to needy. Or the girl that plays hard to get by not returning phone calls immediately.

However, the “game of dating”, doesn’t excuse general bad behavior on the part of either party. This includes lack of follow through, bad manners, playing games, texting! & not calling, lies, deceit, hedging your bets… dating someone new when the old relationship hasn’t ended yet, dating someone “exclusively”… but still have a profile on one of the internet sites, etc… all.. generally based on ego and fear-fullness.

I’m not so sure that “Commitment Phobia” is the problem at all. I seem to find that the issue of going into a new Relationship from a “Fear Based” stance is the real issue.

The true culprit is Fear vs. Faith, and I am not talking about the context of religiosity and faith, but rather “faith” as a way of living and interacting… based on hope, living in the now, and moving forward in relationship based on honesty and respect for one another.

I am speaking of “Fear” as the triggers and history that persons tend to bring from their past relationships, rather than starting off with a clean slate and jumping in with both feet, based on what the two of you together will bring to this new relationship.

This means leaving your old trigger points and issues with your “ex” in the past. This is hard for many persons to do. Old wounds, jealousy, feelings of rejection and the labels that people place on each other…are hard habits and patterns of interaction, often difficult to break, let alone change.

We are all human beings, with human frailties.

Not one of us out there is perfect. Learning to care for another human being with humility and grace… is the truest yet most difficult feat of relationship.

So go ahead, jump in, speak your truth, be willing to take that chance in love, but not without Loving before leaping… and you will find your hearts destiny.