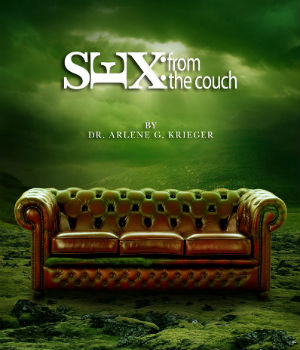 Sex From The Couch – Throughout my years as a Ph.D. Clinical Sexologist and Marriage and Family Therapist, the reoccurring issues and questions of why love becomes boring and unoriginal have weighed heavily on my mind.

What does the term of art LOVE, even mean in the social context of our time?

Rather than write a clinical book on the subject, I wrote this Sex From The Couch, a lighthearted yet philosophical free-fall of stories, thoughts and advice on the subjects of love, lust and relationships.

Visit Sex From The Couch by Author Dr. Arlene Krieger.

Dr. Krieger is currently working on her upcoming books…

“Fairy Tales of Love and Lust: Sex, Sin and Things That Go Bump In The Night!”

“The New Orgasm: Which Type Are You?”

Excerpt from The New Orgasm: Which Type Are You? :

THE 4 TYPES OF ORGASM: What’s The Difference?

“This delicate and most precise little nub of tissue is the key to orgasmic nirvana for most women.”

Let’s begin with the Clitoris. The clitoris, visible in picture (B) as the small white oval between the top of the labia minora and the clitoral hood, is a small body of spongy tissue that is highly sexually sensitive. This delicate and most precise little nub of tissue is the key to orgasmic nirvana for most women. Estimated for most to be about the size of a pencil eraser, she is there purely for sexual pleasure. This little female’s got some attitude, approximately 8,000 nerve endings to be exact, the largest number found in the entire body and double the amount found in the glands of a man’s penis. With the naked eye you can see only the head of the clitoris. However, (see diagram c) it has a body that’s shaped like a wishbone, with two legs (called crura) that reach three inches into the vagina, sitting just below the pubic mound and straight into the G-spot territory. Thus, allowing for incredible access of orgasmic potential. It is the fundamental source of the orgasm for a woman, connecting with every single structure in the genitals and neurological centers of the body.

Ahhh… the woman on top position, a much underrated female feat as viewed by many a male.

The clitoris has a major role in promoting feelings of sexual tension. During this phase of sexual stimulation, the clitoris swells. The blood vessels through the entire pelvic area also swell causing engorgement, creating a sense of fullness and sexual sensitivity. The inner vaginal lips swell and change shape, and the vagina walls expand as the uterus shifts position in your pelvis.

Gosh, that’s a lot going on for such a tiny little bit of the female genitalia! The best way to make the clitoris blissful is through a direct and consistent pressure, by way of oral, manual, or last but not least, the woman on top position!

What amazes me is that some women often consider sex a game of power and control. They are afraid to speak up in the bedroom or tell their partner what they need to feel good during sex.

I’ve actually had a man state while in therapy, with his wife sitting by his side, “I don’t know what the big deal is about the woman on top?” This man was newly married, in his late 30’s and had certainly had his share of previous sexual escapades before marriage.

I am astounded today to find that many men consider the art of making love a job, with the ultimate goal of simply, “getting the job done.” My response to this patient was, “well, how about that little thing called the clitoris?” He looked at me with utter disdain, as though I had undermined his male prowess. His wife reported that after he “got the job done” and she had not reached orgasm, he directed her to “finish herself off.”

There is method to the madness of this book. From the works of Simone De Beauvoir (note 15) she states; “A man is in the right in being a man; it is the woman who is in the wrong. It amounts to this: just as for the ancients there was an absolute vertical with reference to which the oblique was defined, so there is an absolute human type, the masculine. Woman has ovaries, a uterus; these peculiarities imprison her in her subjectivity, circumscribe her within the limits of her own nature.”

“The female is a female by virtue of a certain lack of qualities,” said Aristotle; “we should regard the female nature as afflicted with a natural defectiveness.” Thus humanity is male and man defines woman not in herself but as relative to him; she is not regarded as an autonomous being.

Oh contraire, certainly not so so in this century, welcome to the world of the modern female, the “Post-Clitoral” woman. Pandora let all the evils of the sexual world out of her box. The New Orgasm makes it acceptable to bring them all back in!

It has been said that the difference between a clitoral and a vaginal orgasm is where you are being stimulated to achieve orgasm, not where you feel the orgasm. It is impossible to isolate the orgasm in this archaic and confined parameter. 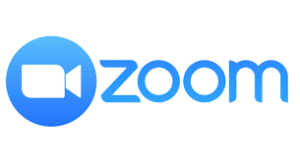 Dr. Krieger is available to meet with you in her Boca Raton office or via Zoom for video and telephone sessions.