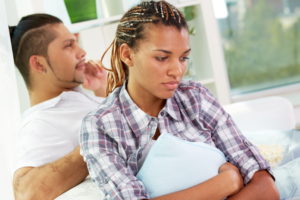 It was everything you ever thought you needed, your best friend and confidant, romantic and lovely, he/she was your everything all wrapped into one PERFECT package. When you kissed the world seemed to stop and you’d swear that you were the only two people in existence that had ever felt this sweet ecstasy.

By now you know I am just telling stories, there is fiction in the space between the notion of the perfect you and me. Sometimes things just don’t work out. The breakup is as simple as that, it all ended in less than 5 minutes of harsh words and disappointment. You know it’s the best thing for both of you, but it hurts deep and hard.

Did it really have to end, did he/she disappoint? You couldn’t find the words to say I love you, spinning in the cloud of whether to go or stay, you end it.

It is at this point of no return that is so important to explore and define your state of survival and well-being. This involves forgiveness and a willingness to accept that there were two parties involved here, so obviously you played a large part in the dynamics of the breakup. Many times we want to villainize our ex, they broke our hearts so of course they were the guilty ones and we were just the innocent victims! NOT!

Excuse me please, but most likely you had an idea before you got into the relationship of what to expect and who or what you were encountering. We know within a few minutes of meeting someone usually whether or not there is chemistry (which by the way can get you into trouble if that is all there really is to the relationship) and by the time you’ve had a few dates, you get a sense of who your partner is.

There is a great saying that says it all; “When someone tells you who they are, believe them.”
We are often blinded by lust and chemistry, wanting to fit that special someone into the mold that you want them to be.

Your prince or princess has finally shown up at your door, yet if you’re not careful, that pedestal you’ve put them on may come crashing down! So then how to know someone when you’re really nothing less than strangers when you first start out on the path of a new relationship. You shared special moments and words that only lovers speak, so how can it be that the tables turned on the spin of dime and you’re suddenly standing there alone?

Well, although disappointing at best when things don’t work out, without risk, one can never truly encounter a great love. Nothing is guaranteed in this lifetime. They say that one must risk in order to gain.

So pick yourself up and brush yourself off. I know the heartache feels like it will never end, but you will survive this. You must remember that breaking up is a process. You may feel pain and anger in the beginning. Once you have passed through this level of energy, it is important to focus on forgiveness in order to move on. Also, no relationship is usually ever without some merit. I’m sure you each added something to the relationship during the time you spent together. Ultimately something learned, something gained, something given and received from each party.

It’s been a long year; maybe next year will be better than the last. It’s one more day that you may live to the fullest.

May you live everyday of your life- Jonathon swift